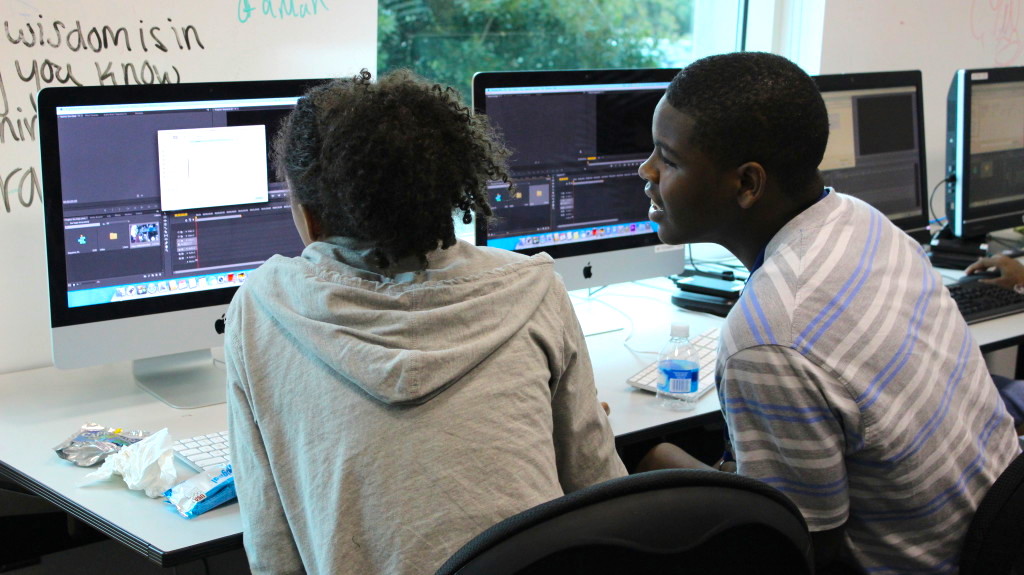 It is very difficult for me to talk about the importance of media literacy without getting upset. The inadequacy of being able to critically think about media messages in modern society that operate in a world that is literally run by media and media content is, frankly, beyond my comprehension.

It was from Jacob Burns Film Center founder (and visionary) Stephen Apkon that I borrow the phrase “World of Screens”, which comes from the title of his book “The Age of The Image”. Both phrases are correct. We live in a world dominated by screens, ruled by images. Yet, a 2016 Stanford University study revealed that American middle school, high school, AND college students had difficulty judging the credibility of information that they found online and are frequently duped by fake news, biased sources, and sponsored content.

This can’t be real life. But it is.

I have a myriad of personal reasons why I believe media literacy has had such a tough time catching on, but I’ll save those for another blog. What I would like to spend a little time on though, is what media literacy can do and how the influence of media literacy is detrimental to basic education fundamentals.

When we become old enough to walk and talk we begin cultivating our literate abilities. In school, exploring how to read and write printed text – based on the language that we learn – becomes the basis for all education. A lot of good history, science, or math would do you without the ability to read and write. It is the very foundation of how to communicate and learn in any society.

So if literacy is THAT important, why isn’t MEDIA literacy? Basically, the ability to critically think about media messages? At the very least moving image literacy should be of utmost importance. This segment of media literacy focuses on images that move – in layman’s terms, video or film. It is designed to equip students, educators and entities with the tools to be literate in moving images – the ability to read and write images that move. It’s specifically the work we do at OTR Media Group.  We are a film and strategy company whose work focuses not just on production, but also educating the next generation on media literacy. And this is work that I am very passionate about.

We live in the ‘World of Screens’. U.S. adults spent 10 hours, 39 minutes a day consuming media in the first quarter of 2016. By 2017, online video will account for 74% of all online traffic. With that amount of video being available to the average American on a daily basis, one would think being able to READ it would be moot. But it’s only recently that Washington and states like Connecticut have begun passing legislation urging wide ranging media literacy programming in K-12 schools involving moving images. But, the effects of a non-literate society, especially in the United States, are already damaging.

There are several major problems with print illiteracy that groups like The Literacy Foundation already understand. However, I just want to highlight the very first one they point out – of which I feel is the most important – and that is the “limited ability to obtain and understand essential information.” The most glaring of these examples is the sudden rise of fake news in America. Being able to understand essential information, like whether or not something is the truth or a lie, is critical to not only human development, but societal development – and governments around the world join the US in combating this problem.

The lack of literacy education adds fuel to this already burning fire. Unfortunately, with moving image literacy, many parents, educators and educational entities think that being media literate is the ability to USE video or video technology. But just because you can use a hammer to drive a nail into a piece of wood doesn’t mean that you can build a house. Simply put, having a video class in your school doesn’t make students media literate. Moving image literacy especially, requires the learning and understanding of a new language, in addition to being able to question the intent, structure, creator and perception of a media message.

For instance, understanding what a ‘wide-shot’ means and how it is used to communicate a message is no different than understanding the importance a subject or a predicate has to the structure of a sentence. Before you can create sentences, you have to understand the rules of how to put a sentence together. This is what learning language is all about. If you jump to trying to have a conversation in any language, before you can understand how to put together a sentence IN that language, well, that’s the equivalent of trying to build a house simply because you hung a picture frame neatly on a wall.

This is why this new literacy is important right NOW. We are sending our children into society media illiterate – and quite frankly, a 3rd period video class or a video summer camp isn’t going to cut it. Our children are entering a video driven world that is expecting them to already know how to ‘build houses’, and that is taking full advantage of them when that world finds out that they do not. Moving image literacy has to become the new literacy for societies around the globe, but particularly our society, so that we can effectively educate and prepare each other to operate successfully in the “World of Screens”.